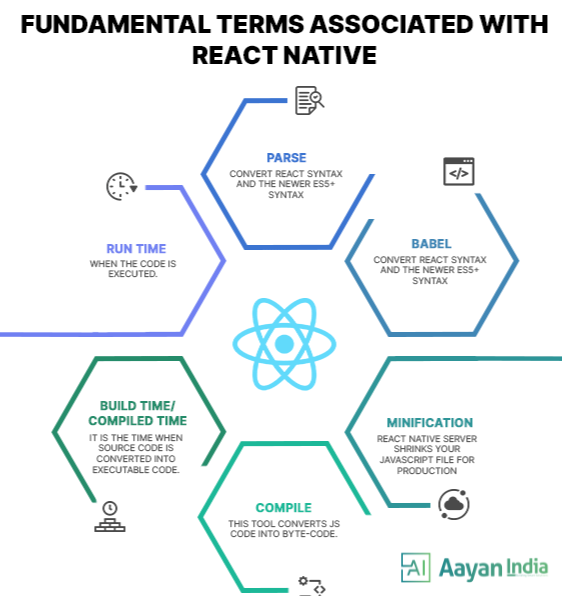 What is React Native?

React Native, also known as RN, is a popular framework that enables you to create applications for multiple platforms using the same codebase. This JavaScript-based mobile app framework allows you to create natively-rendered iOS and Android mobile apps.

Several factors contribute to React Native’s acclaimed rise. React Native was built on React, a JavaScript library that was already extremely popular when the mobile framework was released. The framework enabled frontend developers, who were previously limited to web-based technologies, to create new and much more upgraded mobile apps. By utilizing React Native, businesses can create code once and use it to power both their iOS and Android apps. This translates into significant resource savings, not to mention cutting down on time spent on owners setting up these resources.

What’s the difference between React Native and React?

React or ReactJS, also developed by the engineering team at Facebook, is a JavaScript library used to create a website’s front end. To put it simply, React Native does use React; however, it is not exactly a newer version of the software. Powered by React, React Native allows developers to compile and launch iOS and Android apps by using UI components.

Why do you need React Native?

Before we take apart the novel React Native architecture, let us examine the current React Native model. React Native uses a model built on singe-threadedness. Its main three threads, the Javascript thread, the main thread, and the shadow thread, do not have direct communication with each other; instead, they communicate through asynchronous JSON threads via the bridge.

The Bridge, therefore, plays an important role in this communication among the threads, resulting in overreliance and lag, leading to a lot of uncertainty. The current React Native architecture has several other flaws. Firstly, the Bridge depends upon thread communication, and it also necessitates more copying rather than sharing memory between app threads. The asynchronous model has no guarantees that the message will get to its destination on time and the transmission of data in this model is usually slow. Unexpected page jumps are common due to asynchronous UI updates.

To all these old problems, React Native’s new architecture provides an elegant solution. The architecture of the application was already in process since the second quarter of 2018 when RN was still in its early stages.

Converts source code into compiler-friendly code. Javascript is function-oriented but also supports classes converted into functions in the background.

Convert React syntax and the newer ES5+ syntax into code that can be run in a JavaScript environment that does not support those features ( a process known as transpilation). It is a JavaScript trans-compiler that is free and open source.

It is the time when source code is converted into executable code.

When the code is executed.

Hermes also contributes a significant reduction in bundle size, load time, and a GUI for visualising your application’s performance metrics during its development. This feature is used by developers who want to learn about the way their application is performing after release and in production.

Hermes will also be in charge of garbage collection. For this, it employs GenGC. The previous default GC for Hermes was Generational Garbage Collector, which was single-threaded and had long GC delays because it worked in the Main JS thread. Reports say there is a 200ms average pause and, at times, even 7sec. The older model, which used a mark-compact strategy, has a number of shortcomings. To address them, they implemented Hades, a Concurrent GC. Hades GC runs in the background thread alongside the interpreter, which runs JS code. Its main goal is to achieve those short pause times. It employs the Mark-Sweep Collector technique. The new generation makes use of a standard semi-space copying strategy to improve its ability to return memory to the operating system.

Several improvements to the React Native build and development process are also included in 0.70.

Auto-linking is an absolutely necessary component of the React Native development process. It enables the incorporation of native code into projects via JavaScript modules via a package manager such as yarn or npm. While Auto Linking worked well for New Architecture libraries on iOS, it could have worked better on Android phones. This gap has indeed been closed with 0.70, and now you can incorporate libraries with ‘yarn add’ to your project. Before this release, new architecture libraries on Android required manual linking, but auto-linking is now fully supported on iOS and Android.

Instead of relying on the less common NDK build system, the new release adds full CMake support for Android builds. Smaller configuration files and easier-to-maintain and upgrade support with a more sophisticated CMake ecosystem are all part of these recent changes. 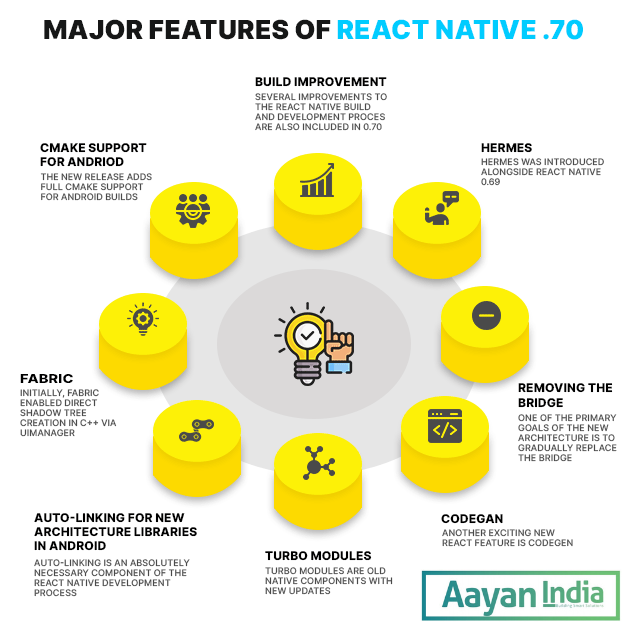 Initially, Fabric enabled direct Shadow tree creation in C++ via UIManager, enhancing UI interactivity by eliminating the need to travel between threads. The Fabric also makes use of the JSI to increase the visibility of UI functionality on the Javascript side. Instead of connecting with the Javascript side via the Bridge, there is direct interaction from both ends. Time-sensitive UI tasks can be prioritised and performed ahead of any other functions on the Javascript side, providing much more measured control over the entire application.

Turbo Modules are old Native components with new updates and behaviour patterns. Its best feature is being lazy loaded, which means that the Javascript code will only load each module when it is required and will maintain an explicit reference to it. This will dramatically reduce startup time for programmes with a large number of Native modules.

Another exciting new React feature is Codegen. This change is mostly relevant to library developers who are creating bindings between JavaScript and native code. In React Native, Codegen is used to automatically generate native code bindings based on JavaScript specs. Originally it required separate configurations for iOS and Android, but with 0.70, the configurations have been simplified and merged into one. The RN programme will check for syncing and interconnection between the Javascript and Native threads automatically. More native code will be generated during the build process rather than during the run time of the code.

All of these changes improve the developer workflow, particularly for building Android apps. It remarkably improves consistency between both the iOS and Android build, assisting in achieving React Native’s valid claim as a smooth cross-platform technology platform.

Codegen will define the interface components used by Turbomodules and Fabric. All of this is intended to remove the need for reusing code and enable data transfer without difficulty and far more rapidly because data validation is no longer required at each iterative process.

One of the primary goals of the new architecture is to gradually replace the Bridge with the redesigned Javascript Interface (JSI) component. React Native wants to remove the Bridge, and one of the main reasons is that it caused unnecessary issues and doubts about whether data was received, as well as significant delays.

The layer that will completely replace the Bridge is known as React Native JSI or Javascript interface. A modification made possible by JSI is the independence of the JS bundle from the Javascript core (JSC). This might mean that in the future, a different Javascript engine, such as Chrome Engine V8, could eventually replace the JSC engine. The main goal is to eliminate the need for the Bridge as an intermediary step between the Javascript and Native sides. Furthermore, by using JSI, Javascript would be able to recognize and connect with Native components by holding references to C++ Host objects and utilizing their methods.

The new architecture is becoming easier to use with each RN release, but it’s still important to be aware of the changes and how they may affect your specific application. Upgrading React Native can be difficult because changes are sometimes required in a variety of locations, sometimes in the Android and iOS build folders. The React Native Upgrade Helper is always the best way to upgrade a React Native project, and it displays the exact file difference between your current version and the target version. Make sure to go through the documentation, particularly the section on Migrating to the New Architecture.

The Future of Online Shopping: How Machine Learning is Changing E-commerce 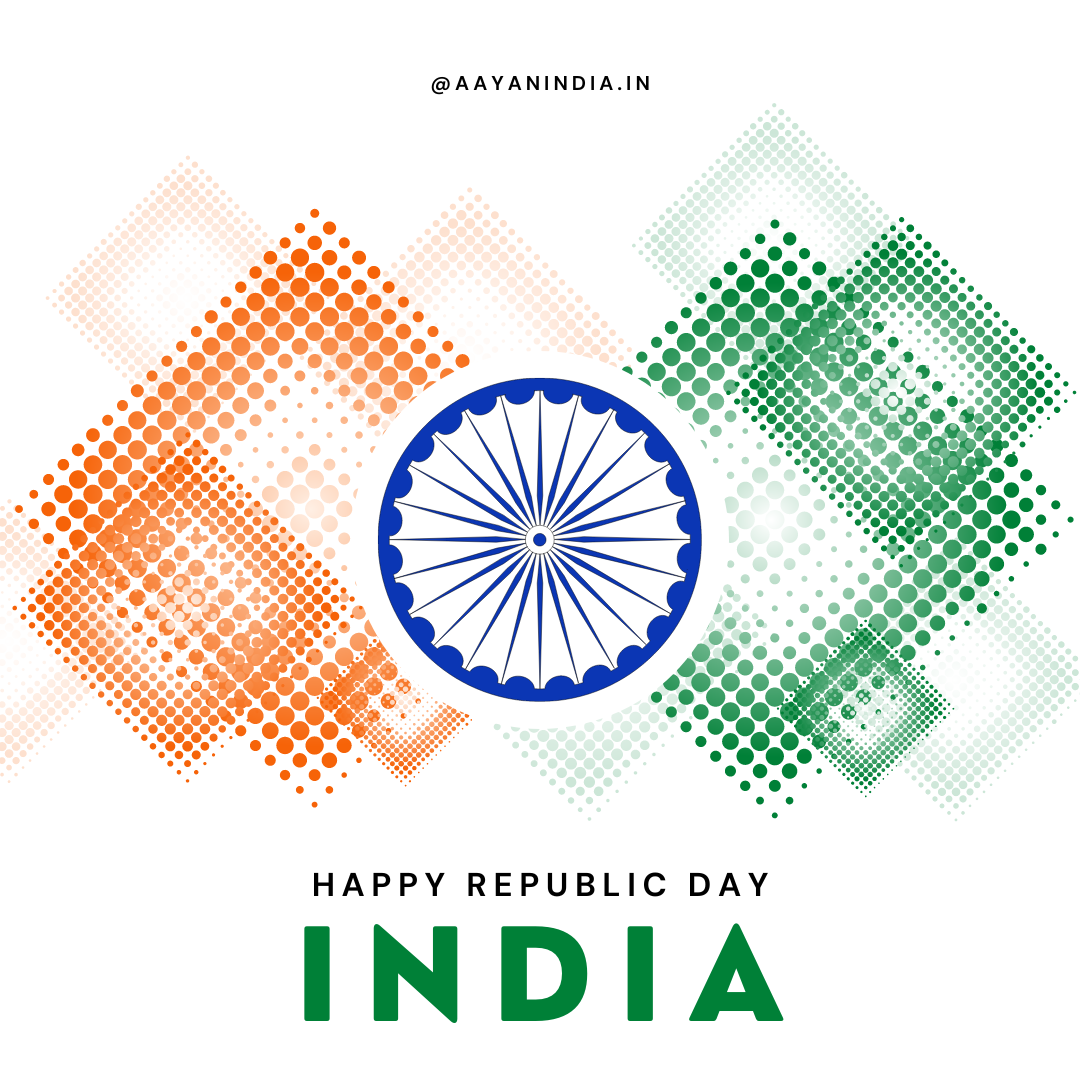 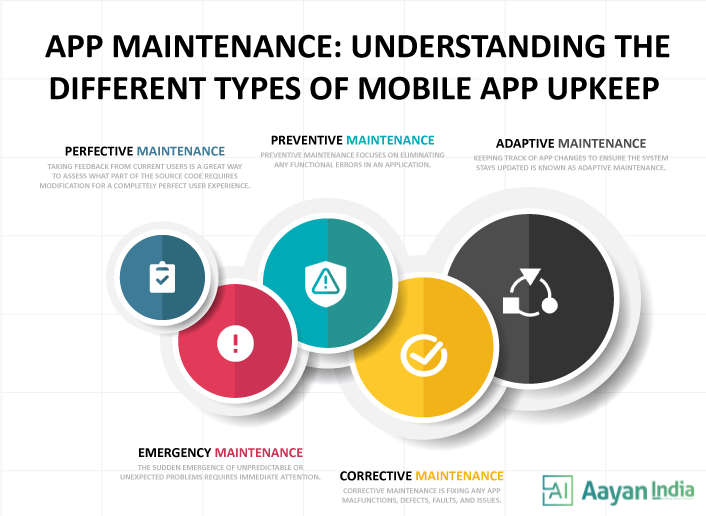 The Importance of Regular App Maintenance: Why Neglecting Your App Can Harm Your Business 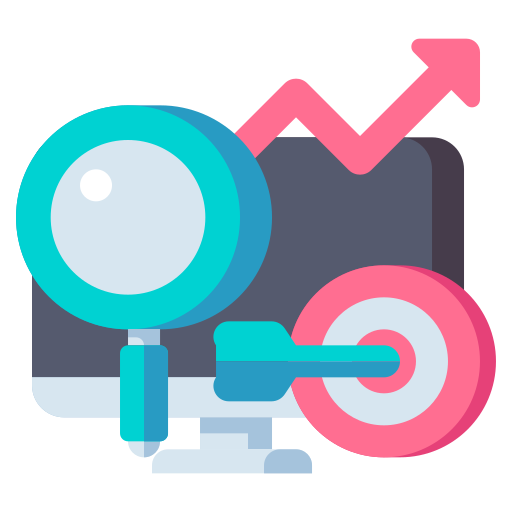